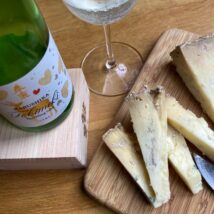 Walter says: The category of sparkling sake is still a young one, and possibly that’s the reason it is more popular abroad than in Japan. However there is a traditional context to it. Originally many Japanese used to make a simple rice brew at home, called doburoku. When alcohol tax was introduced during the Meji era (1868-1912) that practice was declared illegal. The doburoku style gave way to nigorizake, cloudy sake, somewhat similar to fresh, fermenting wine due to the only partial removal of lees to reinforce the yeasty aroma. Lately the market has seen a growing number of variations on that theme, some of them with a markedly higher CO2 content, sometimes off-dry, often downright sweet. END_OF_DOCUMENT_TOKEN_TO_BE_REPLACED