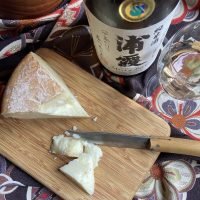 Walter says: This month we’re introducing you to one of the sake world’s secret stars: Urakasumi or Misty Bay, as it is called on the export label. There is hardly another sake or another sake brewery with an equal record of national and international awards that would still be available at this affordable price. Urakasumi is run by the 13th generation and one of northern Japan’s most important sake representatives. Since its foundation in 1724 the brewery has also been providing the holy sake for the famous shrine in Shiogama. Together with the regional rice variety, Manamusume, the brewery’s own yeast and the somewhat harder water they use makes for a very distinctive aroma and pronounced umami. The latter shows up in the finish, at the back of the tongue. For wine-loving sake drinkers: Misty Bay enjoys being savoured from a wine glass (and actually has won an award for best sake to be drunk from a wine glass) because it offers much more to the nose as most other sakes. Miyagi prefecture, to which Shiogama belongs, is famous for the noble bluefin tuna. Urakasumi certainly stands up to that, and also to other more fatty dishes, such as red meat – which is rather an exception for sake. Heinzelcheese says: Aroma. Umami. Music to my cheese-loving ears! Seriously dangerous stuff, this Misty Bay, because its enchanting aroma wafts from the glass with the idea of fresh tobacco leaves and dried peaches, then captures my palate with complex harmony, like a dense glaze – and that beguiling, long finish of mineral spice… Quite similar to this small Pecorino Crosta d’Oro from Tuscany. For over six months it’s been lovingly rubbed with olive oil by Andrea Magi, who’s been guiding its mellow, crumbly ewe’s milk richness into full bloom and power, and yet it’s melting on the tongue. Together with the Misty Bay it’s a whole menu, antipasto, primo, secondo and cheese course, all in one. Wow.